Design and Technology morning in Year 2 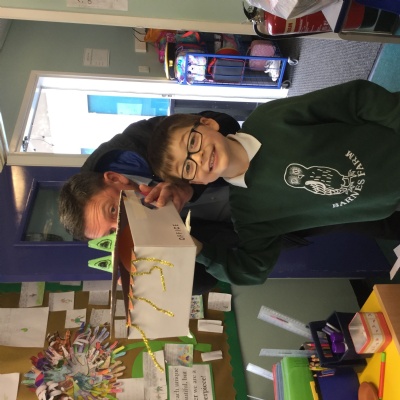 Design and Technology was the focus of our open morning in which Year 2 invited parents and carers in to construct giant Iron Men,  Pneumatic Space-bat-angel-dragons, junk model Iron Men and traps to catch this enormous alien being.

Our morning began with all of the children allocated to their School houses of Griffin, Dragon, Pegasus and Phoenix.

With hands-on activities, parents and carers followed their children around the 4 DT activities and really got stuck in!  The giant junk modelling activity in the hall turned out to be a huge success as we not only created an Iron Man but a family of Iron people.  There was a buzz in the hall as everyone joined in to build the body, head, arms and leg of the Iron giants.  Children learnt ways to attach, fix and assemble the different parts of the models which really were impressive by the end of the morning. 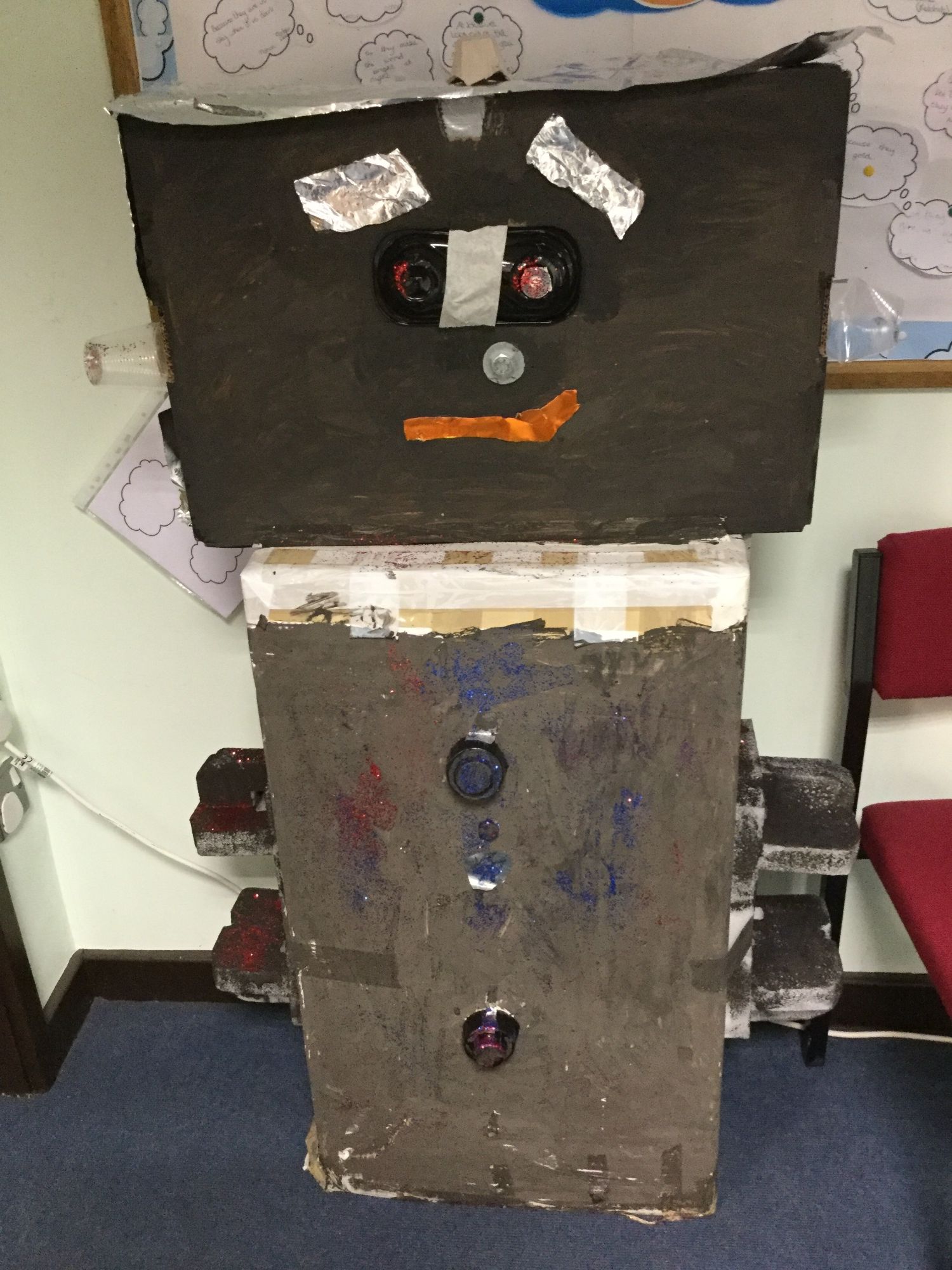 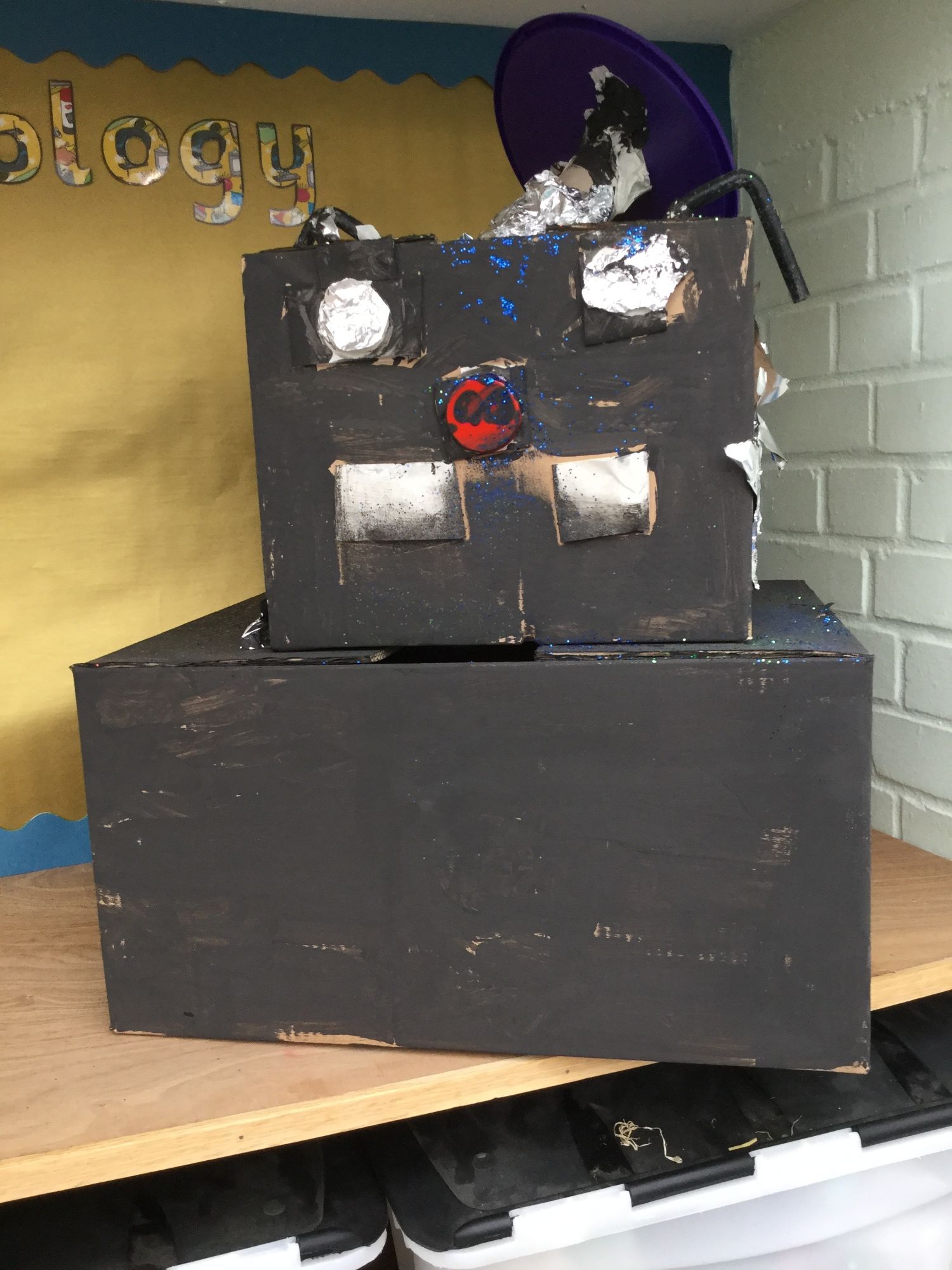 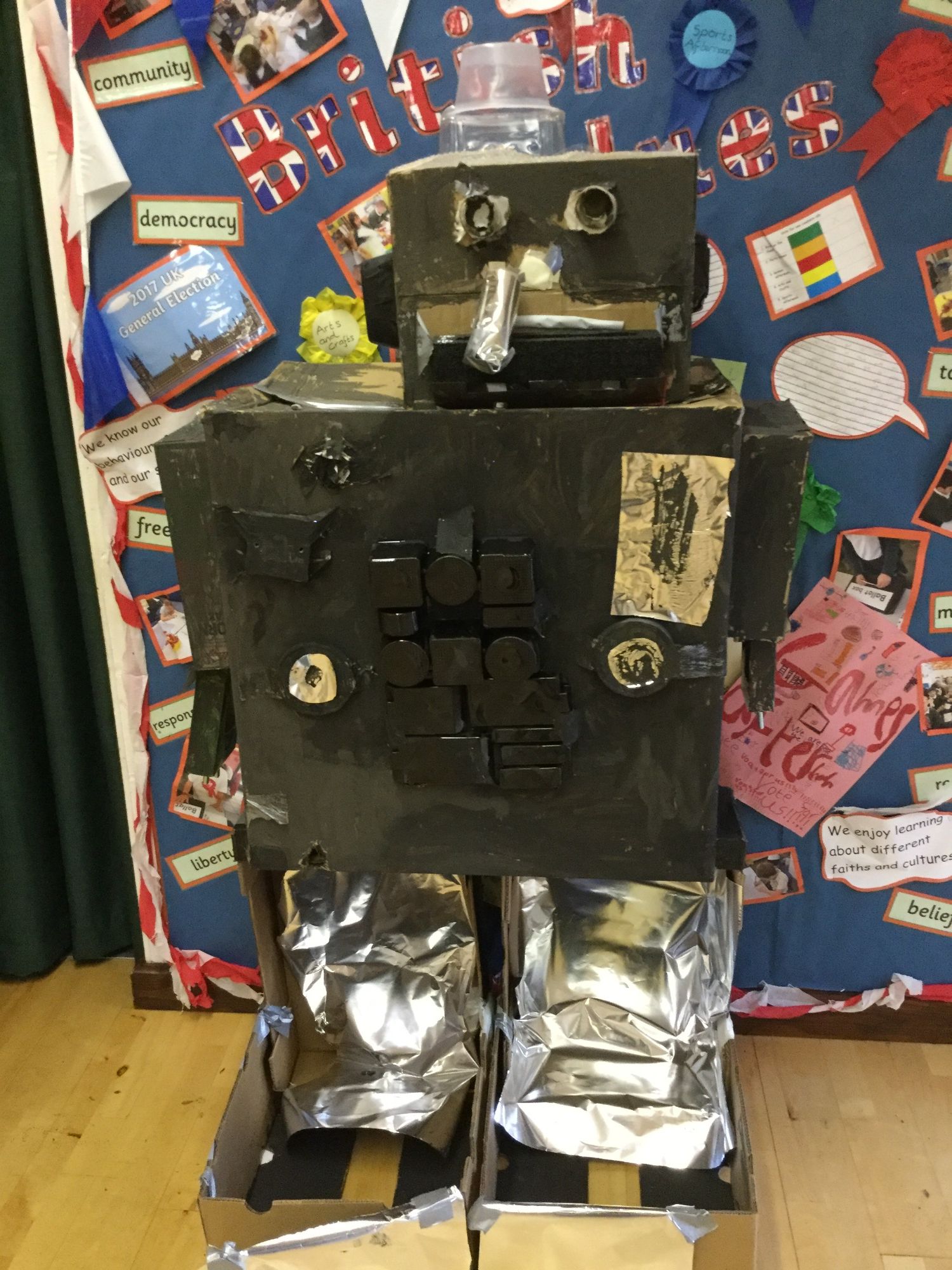 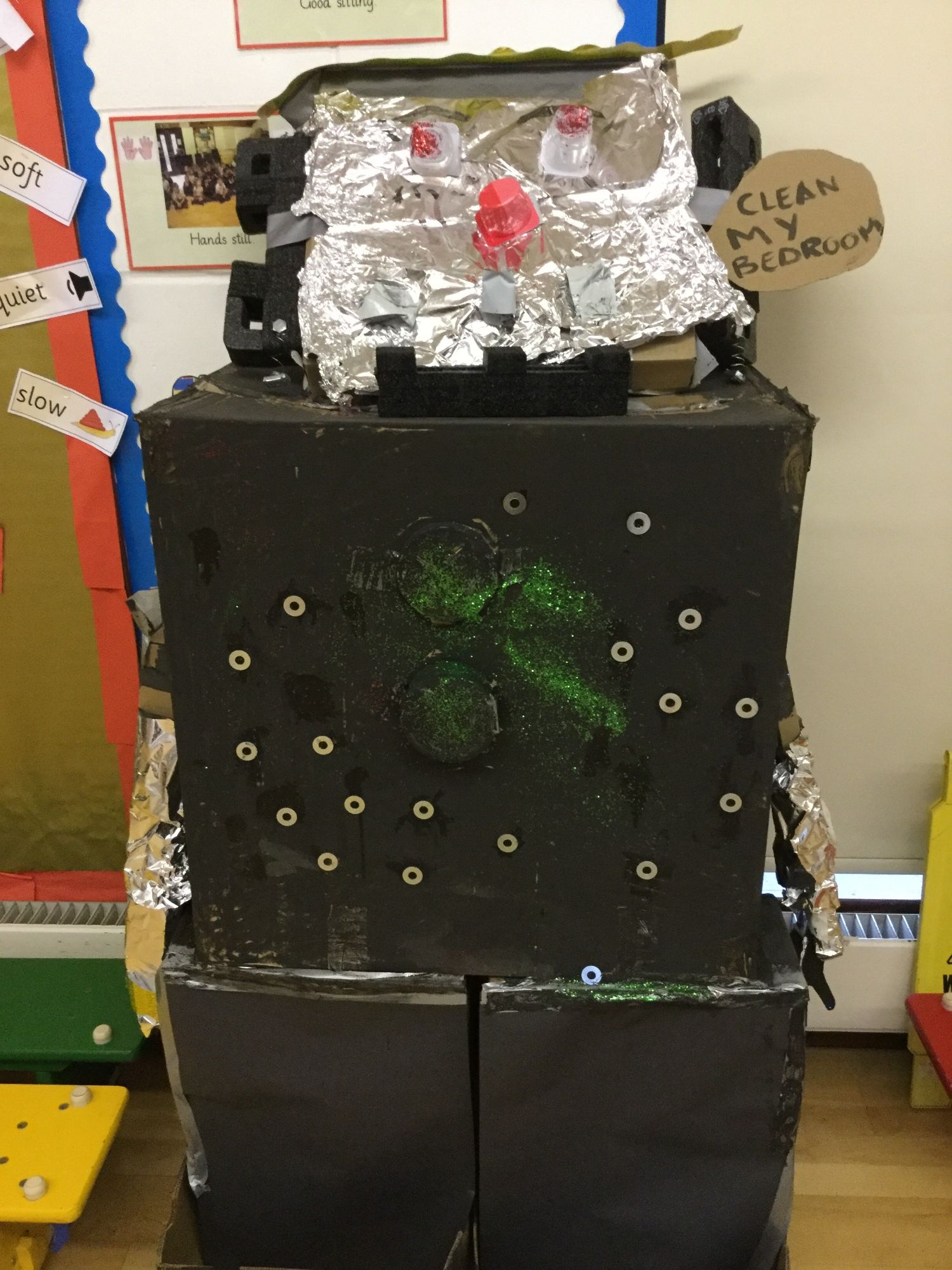 The Space-bat-angel dragons in Snowy Owls class were equally impressive as children learnt how to open the mouth of their dragons by using a pnuematic system which created air pressure to lift the mouth.  Parents and carers got really involved and there was much hilarity as we all became red faced as we blew up the 'reluctant' balloons.