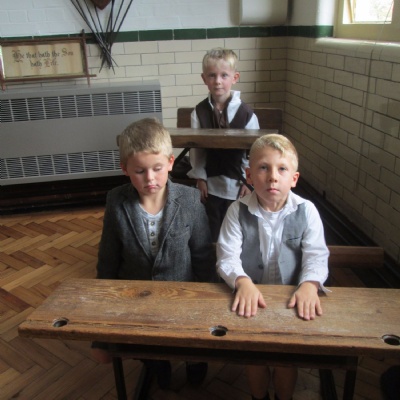 Year 2 children stepped back in time this week when they visited the Victorian museum in Braintree.

As a Victorian school child they recited the National Anthem, stood up to recall the 5 times table and wrote with chalk on an old-fashioned slate.  They became history detectives as they handled artefacts from the past and came up with some ingenious ideas as to how the objects may have been used in the Victorian times.  The Year 2 team were so proud of the children whilst on the trip and would like to thank all of the parent helpers who gave up their time to come with us.